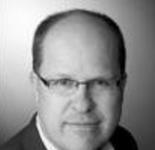 ​"Theory is no substitute for common sense backed up by sound engineering judgement"
- R. F. Warner

JON STUDIED AT ADELAIDE UNIVERSITY IN THE 1980'S AND GRADUATED WITH AN HONOURS DEGREE IN CIVIL ENGINEERING.  HE WORKED WITH LEADING STRUCTURAL ENGINEERING FIRMS IN ADELAIDE, WORKING ON NUMEROUS MAJOR PROJECTS BEFORE SUCCESSFULLY  ESTABLISHING HIS OWN PRACTICE.

JON'S RESUME INCLUDES LARGE URBAN DEVELOPMENTS, AS WELL AS BESPOKE AND COMPLEX RESIDENCES.  HIS WORK WITH PROPERTY ADVISORY GROUPS IN SA SUCH AS CONNOR HOLMES INFORMS HIS ENGINEERING DESIGN, WITH THE DEVELOPMENT OBJECTIVES ALWAYS BEING FOREMOST IN MIND.

It was both logic and circumstance that led to the formation of DREW RUDD ENGINEERS.

Being the same graduating class at the University of Adelaide Jon and Richard has collaborated over the years on interstate projects. ​​After both had departed major national consulting practices to strike out as individual practitioners, Richard continued to be working on projects in both Melbourne and Adelaide, whilst Jon, based in South Australia was designing projects in Victoria.

With a common view on engineering and design practice they identified the philosophies that would define the new firm, ​DREW RUDD ENGINEERS(D R Partners) :

Review the design and assumptions, and test the design response with the project team and cost consultant

​Richard has followed a more circuitous route to D R partners having initially worked in South Australia, but then accepted various design management roles with the same consulting firm in East Asia(Singapore, Hong Kong, and jakarta).

He then worked in the United States before entering a cross-disciplinary architecture programme at the Graduate School of Design at Harvard.

In 1995 Richard returned to S.E. Asia and Australia  subsequently moving into senior management roles roles with Bonacci Group and VDM Group Ltd. in Sydney and Melbourne.

Forming his own practice in 2016, Richard established a niche in retail design, infrastructure related projects and structural expert services, which has subsequently broadened with the formation of DREW RUDD ENGINEERS.